This past weekend, we were at St George’s School in Vancouver for an Ultimate Frisbee Tournament. This is my son’s first year playing and he is enjoying it immensely. I had a great time watching and had the opportunity to snap a few photos with my Pentax. The day was sunny with a slight wind. There were cherry blossoms, frisbee and we were lucky to see an eagle soaring above the field. 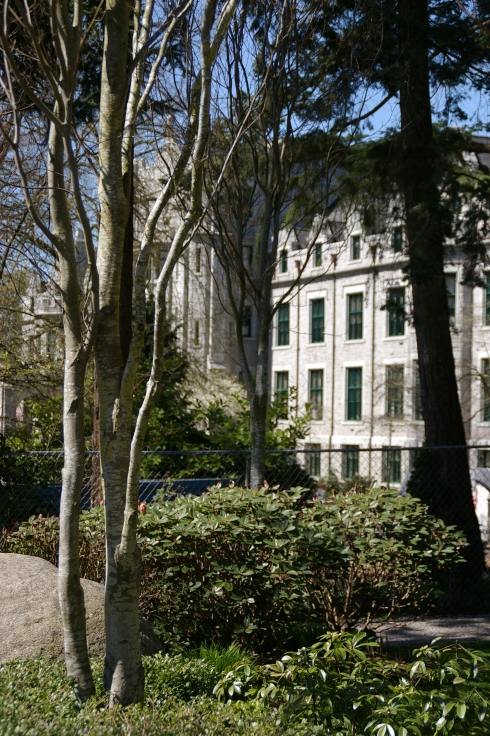 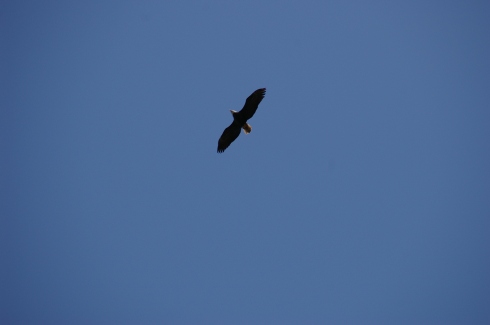 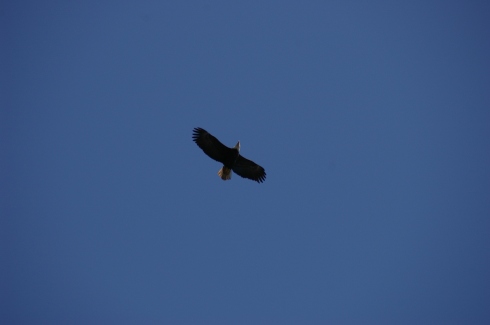 The weekend was not so nice, lots of grey skies so as I was off today (Monday, Mar 31), I am considering it as part of the weekend. It was spectacular out, sunshine, blue skies, and warmth. I took my camera and snapped a few photos of knitted and crocheted items I made. I sat in the sun drinking coffee and eating a muffin, knitting away on my sock. Here are a few photos from my walk 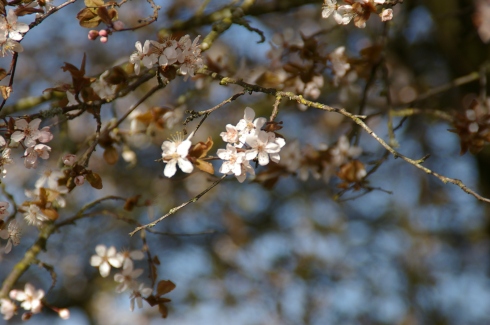 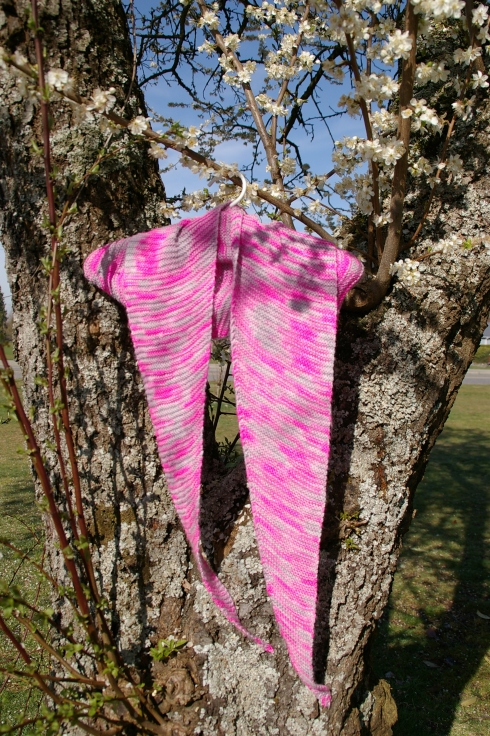 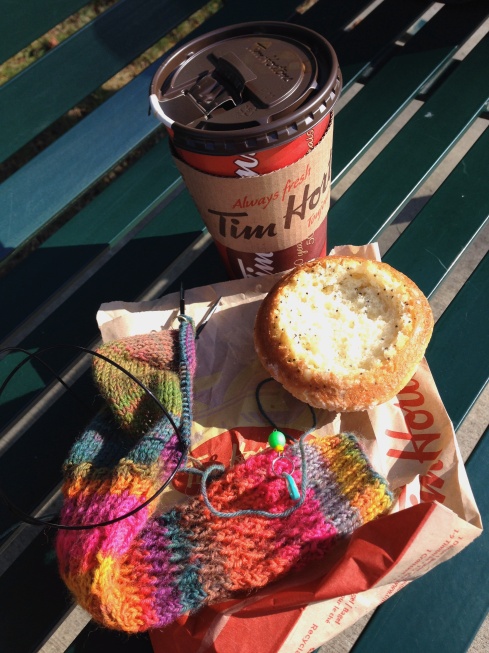 The first cherry blossoms of the year on a walk I did, Friday was gorgeous, Saturday not so gorgeous and Sunday spectacular.

Here is a photo of  Grouse Mountain taken Saturday morning from my front porch. Foggy and cloudy but there is still quite a bit of snow up there. Pentax K100D

Here is the same view today from my porch – lots of snow. Pentax K100D

Cherry blossoms in the sunshine, I think I took these on Friday (I was off work so it was my weekend). Taken with my iPhone 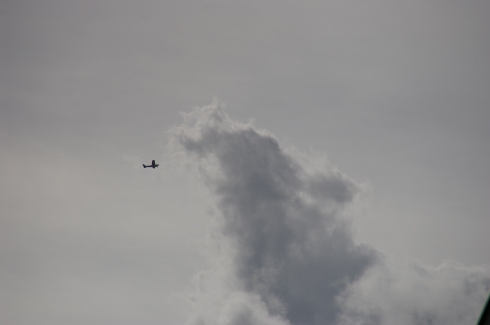 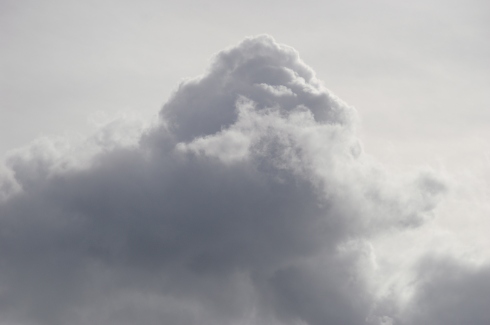 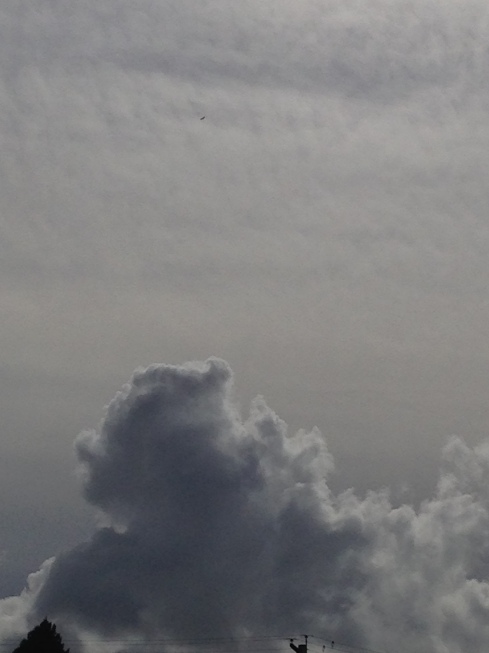 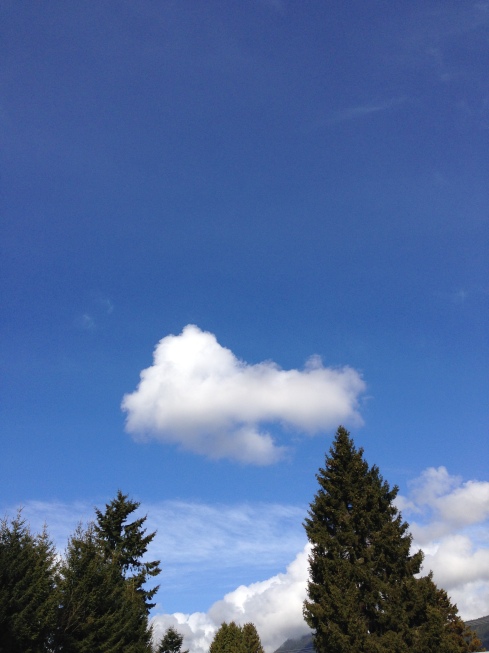 A mix of images this weekend, dark night, sunset, and a beautiful valentine rose from my 16 year old son. 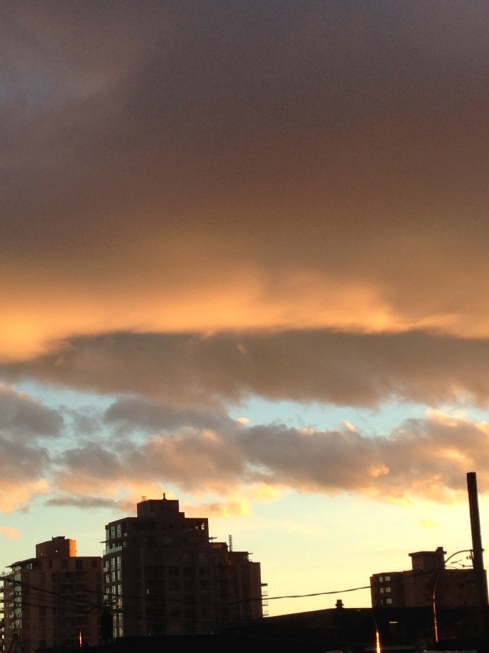 Quite a mixture of weather this past weekend, blue skies, cloudy skies, rain, threat of snow. We ran the whole gamut.

Rain – was supposed to snow but didn’t……unless you can say we had see through snow. 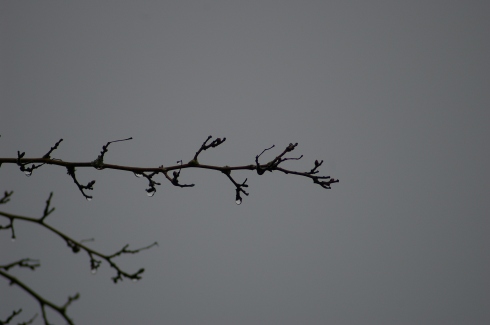 Was a busy weekend, celebrated my son’s 16th birthday (actual birthday was on the 27th of January), with a party at the local Boston Pizza. Was a nice evening and I think they all had a good time. Today I went off and picked up the Learner’s Guide for my son, yikes to think he may soon be driving….ahhh well he is a good kid.

Here are a few images from the weekend

Tulips in the Sun

One I snapped just a few minutes ago, the sky so blue with the moon 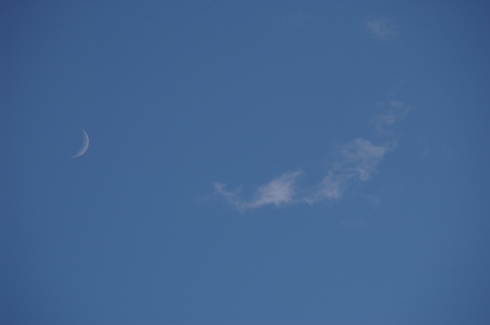 Not so much the skies today but what was in the skies.

A public memorial for Tim Jones of North Shore Rescue, not someone I knew personally, although I saw him almost every day on the news reporting on a rescue in the mountains in North Vancouver, BC, talking about a rescue, coordination of a rescue or of the rescue itself. Rest In Peace Tim. 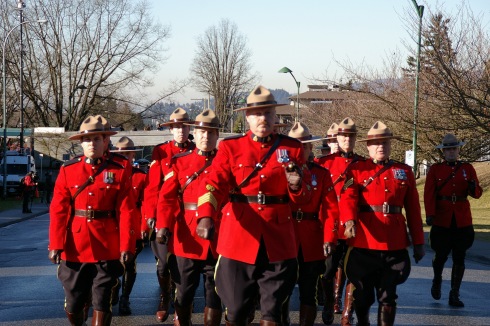 Vancouver has been shrouded in fog for the past few days. It is eerie when you drive to work and see lights coming at you out of the thick fog. It is still pretty dark in the mornings and harder to get some good fog pics. I took my Pentax this morning and went down to Lonsdale Quay and tried to capture Vancouver coming out of the fog. Up at my place about 22 blocks above the Burrard Inlet, the skies were blue.

While down at the Quay, the fog lingered over the city.

If I had of stayed for a longer period of time, I would have seen the fog lift over the buildings as the sun can be seen trying to peek through the buildings.

A few minutes later, it brightened up considerably….while the Seabus travels across the Inlet to Vancouer 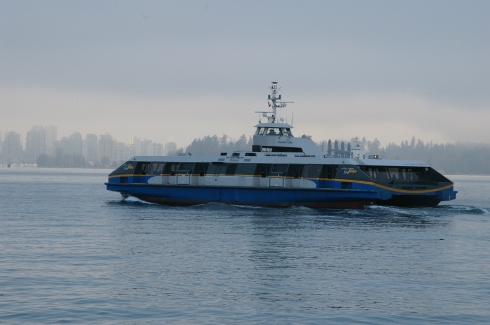